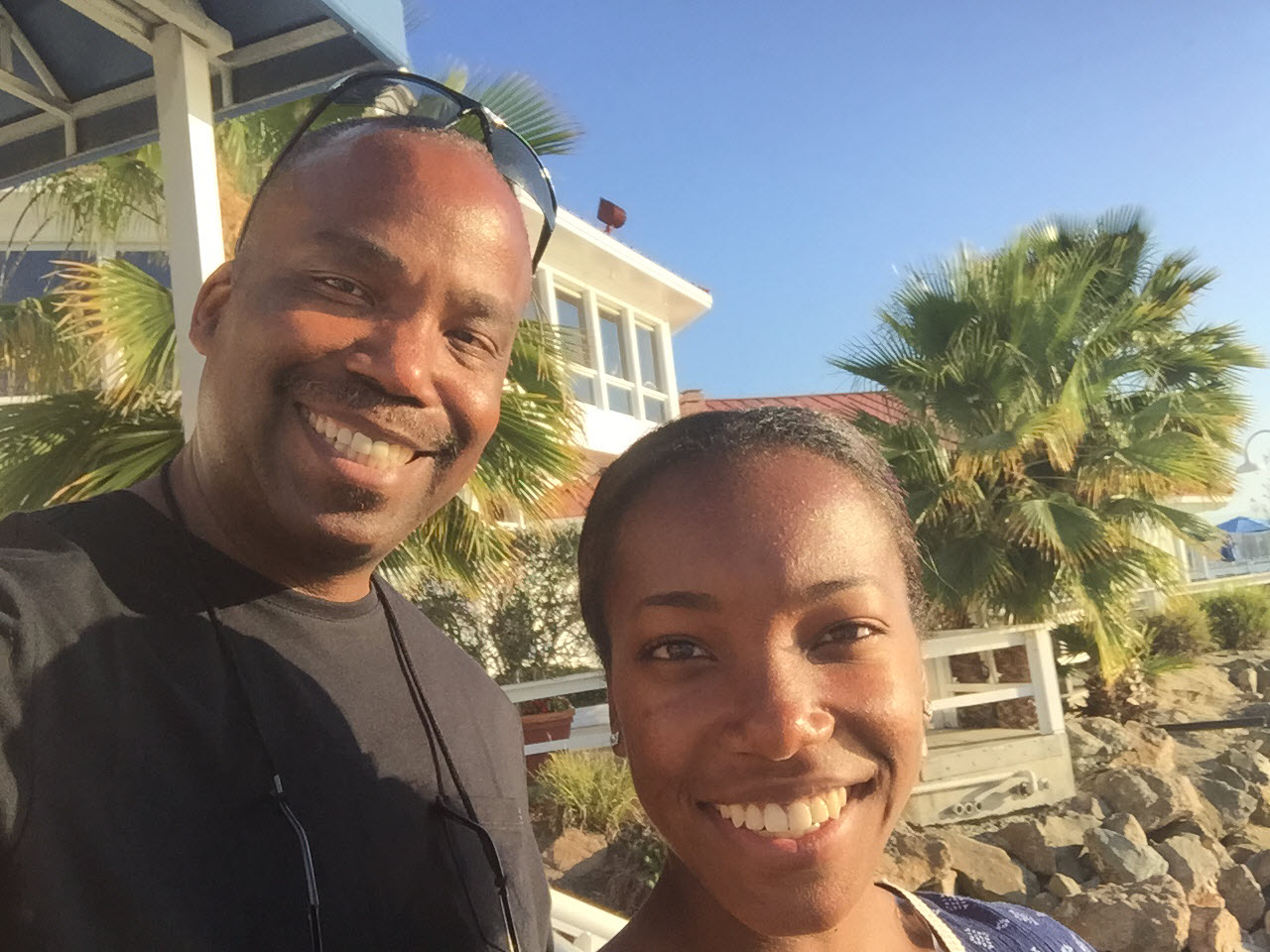 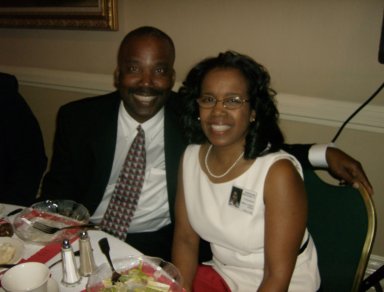 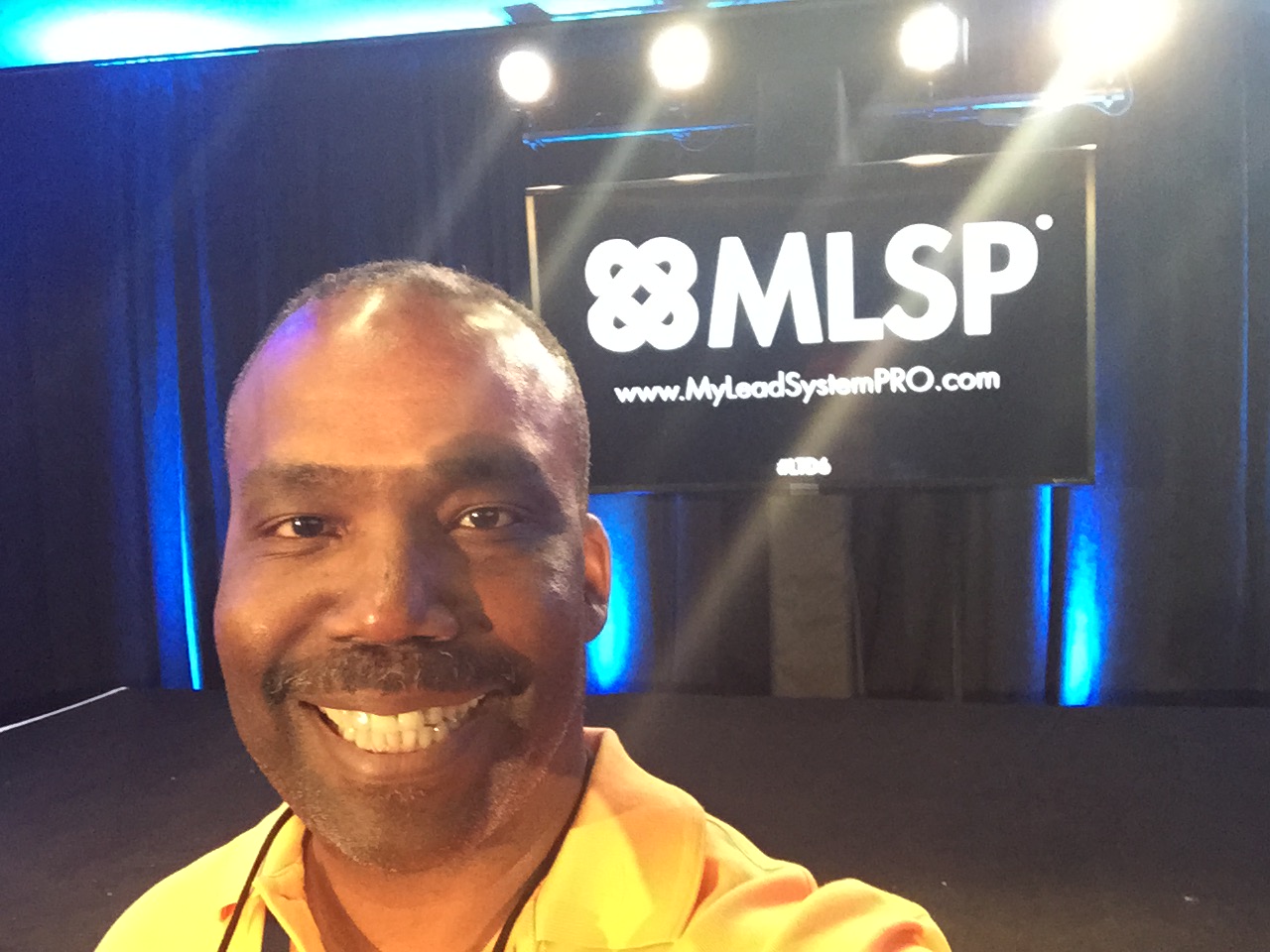 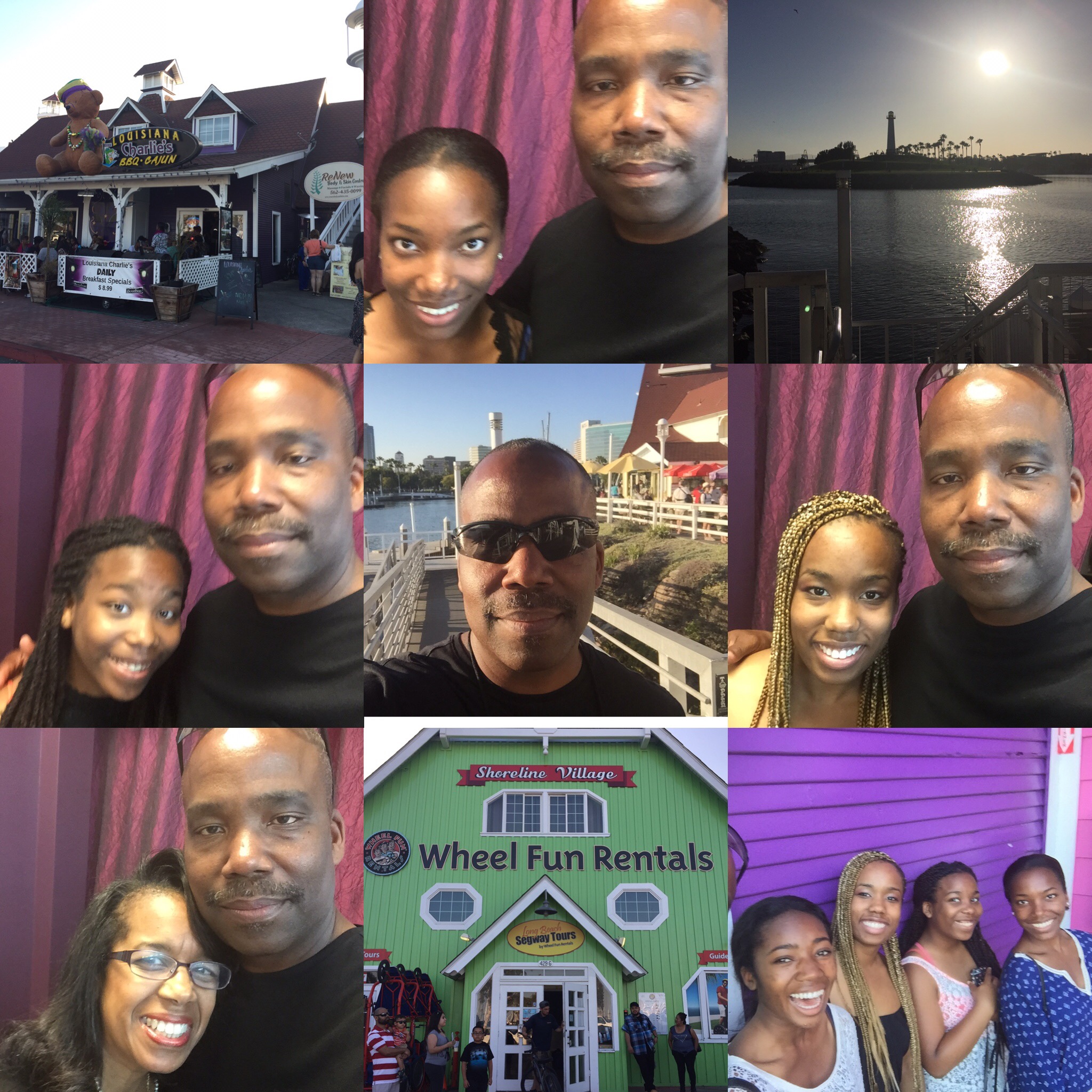 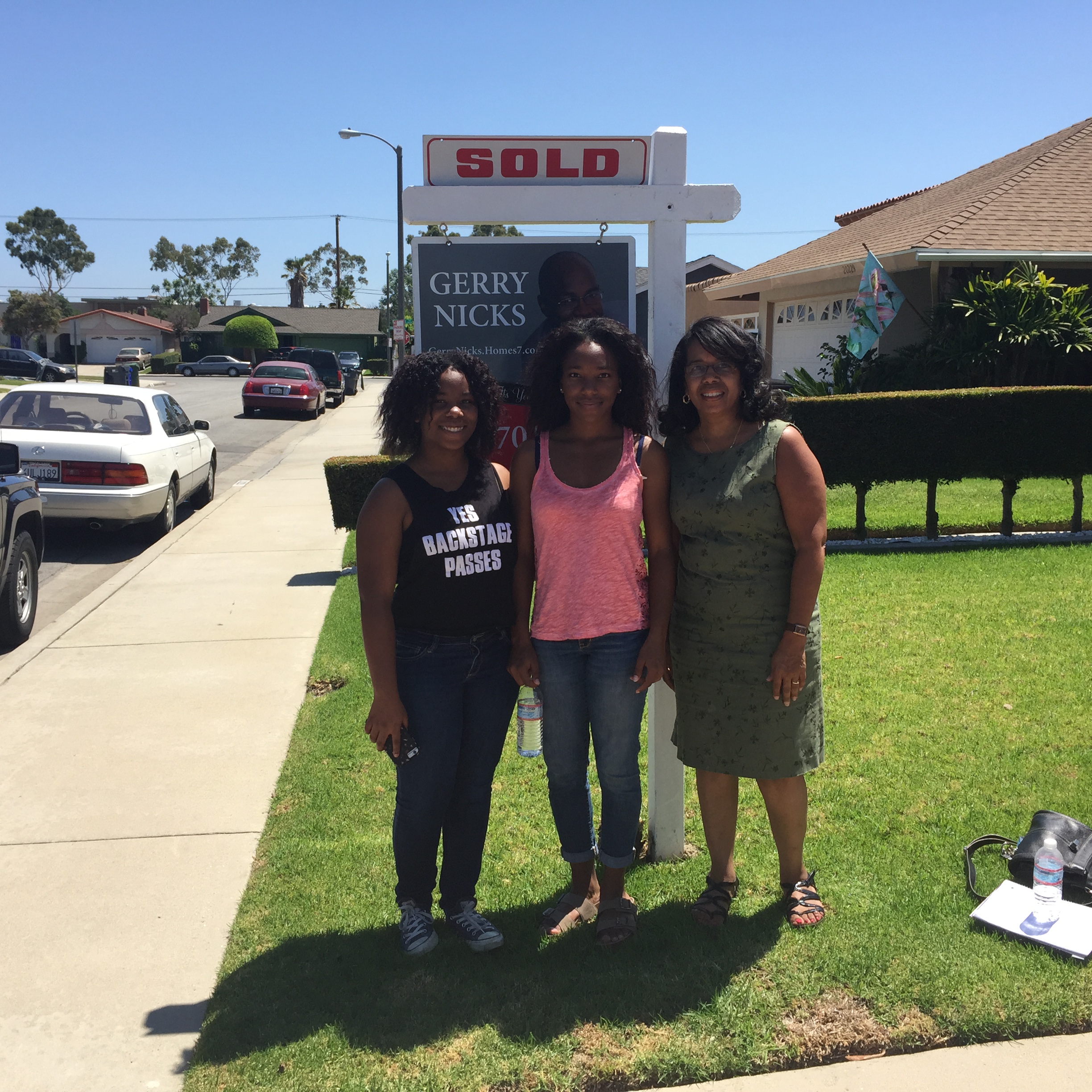 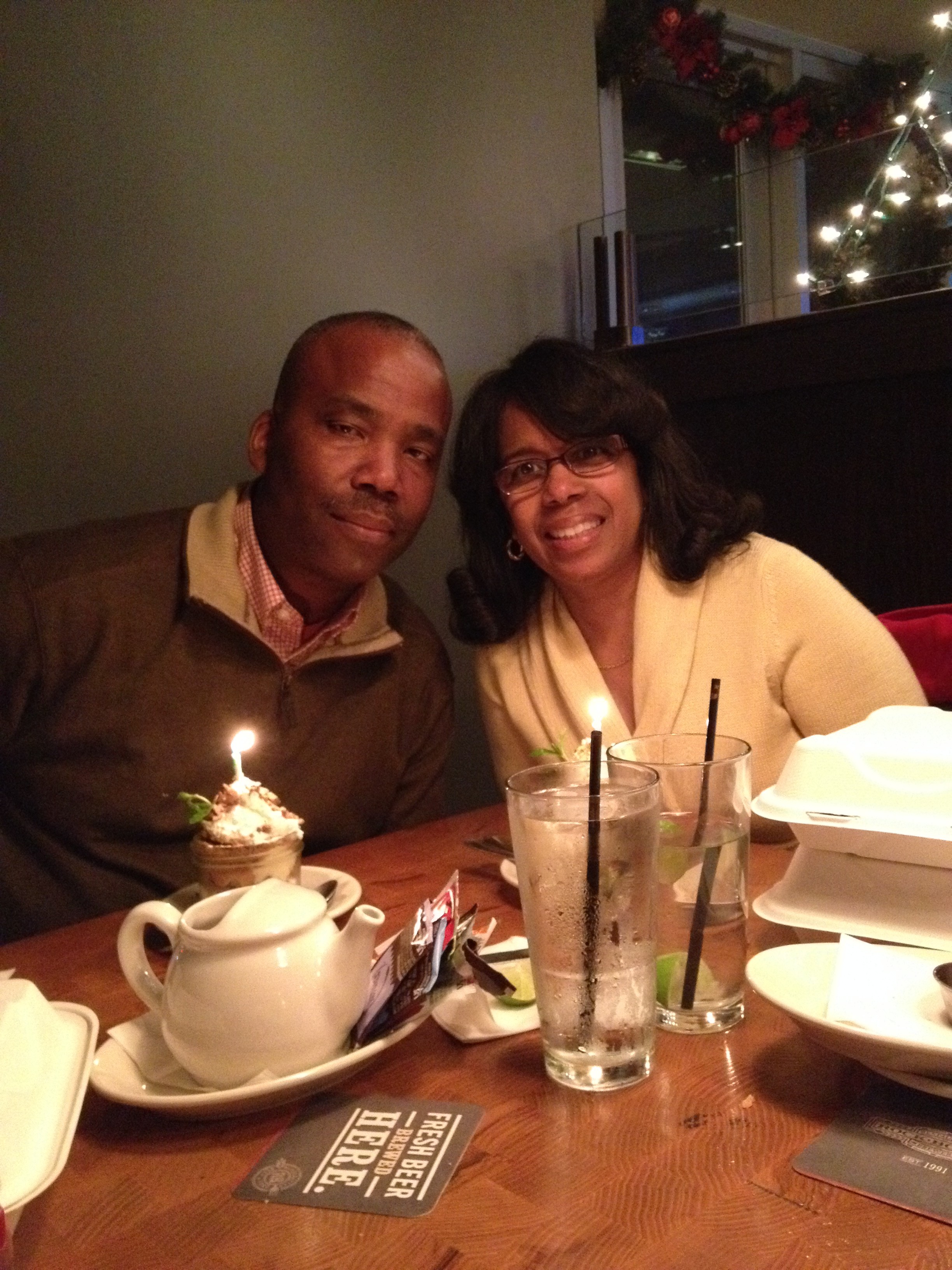 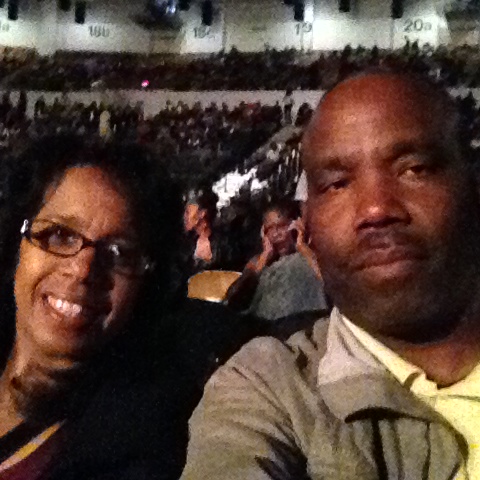 Hi, let me tell you my story. I started off back when I was a kid, wanting to find a way to make money automatically, where I didn't have to work a full-time job. Even before I owned a job, I would see my parents go to work and I would daydream and say, “If I could invent something, then I would just have money so I could play all day.” That was I guess the birth of my desire of entrepreneurship and ownership of my business or working full-time from home.

As I grew older, I went to college and eventually I got a computer and I would do word processing on the computer, but I was always see direct mail advertisement come into the house and I thought like, “Wow, what if there was a way that I could sell something on the computer and have people actually buy it and send me money, I wouldn't have to go to work.”

But this was way back before the advent or the revealing of the Internet. I'm sure the Internet existed, but at the time it was just for military and high information transfer, we weren’t privy to it. That was another thought that I had that I sort of like filed it way. Lo and behold, the Internet came full-blown and I ran across email or some advertisement from a guy who you guys may have heard. His name is Frank Kern and he was just getting started. This was in the late 90's, early 2000's and I'm like “That’s cool.” I wanted to do what he did, so bought his email program, whatever he was selling at that time and I attempted to do what he did, but again Internet was still in its infancy and you had to know HTML and you had to learn how to write code. It was really difficult.

I did a little but I never was able to get it off the ground. I get involved with different network marketing 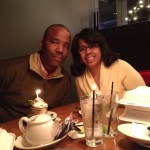 companies and I'm looking for that perfect match that formula to make my life free from having to go to work. During this time, I'm still going to school. I went to college, got a few part-time jobs, landed a full-time career job. Ended up quitting college because at the time, it was going to take for me to graduate, I wasn’t on a four-year plan, I extended it off to the five-year plan. My 10 year reunion was coming around and I'm like, “No, I need to do something before I get in front of all of my other friends,” who were apparently graduating within their time limits and they were entering their profession, mostly doctors and attorneys and here I am still at home.

I found a position with Los Angeles County that was good and prestigious. It was a profession, but it didn't require a degree. As I embarked on that career I was excited and happy. I loved my job but it was a job. I never stopped searching for that perfect combination of being able to work and make money from home automatically on my computer.

Along comes a network marketing company comes along and you may have heard the story of how when I was in high school, I was introduced to this company and I knew that multi-level marketing, direct sale marketing, network marketing was one of the ingredients that I would need in my business to make this thing work. I joined several network marketing companies over the time and I could never get more than two or three people to come into the business to be believers, to catch the bug. Therefore, I never made it past first one to two ranks in the organization and unlike others, I did not get discouraged, became depressed, got tired, but I never stopped believing in network marketing. I knew that it wasn't the company and it wasn’t the company's products, it was me not knowing the right formula.

I knew if I could get the right formula, the right type of approach that would fit me, then I knew I would be successful. I kept my quest alive. I kept my job and that allowed me the ability to continue my dream for another day. 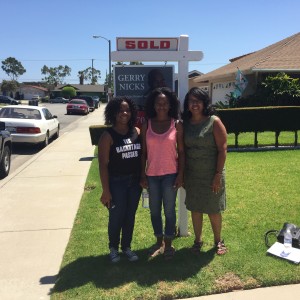 With a house, three cars and all credit card bills that anyone could ever imagine and want because I make a lot of money, but I spend just as much as I make. I'm not using financial strategies. I'm not operating on the budget, I'm just working and spending, working and spending. The network marketing company that I'm involved with has auto-ship and I'm spending on auto-ship as well and it’s draining me because I'm not having success bringing anyone in.

I am a consumer of the product because I believe, that I'm going to get someone to join my business: And this is what I say to them; I go directly to them and say, “Hey, I am in ABC business, it’s great, it’s the best thing since sliced bread, you should check it out.” I'm leading with my business and nothing happens.

During that time of my life I had been buying leads from online marketing sources, but these leads were terrible leads. I would pay $50, $75, $100 for a group of leads and my up line told me, “Well, just call those leads and go through your script and you're going to get ton of ‘Nos', but you might get one or two yeses.” Little did I know that those “New fresh leads” had been recycled four, five, six, seven times over, and guess who was the seventh guy or individual calling that number? ME!!! You talking about annoyed, you talking about getting cursed out, how about having the phone hung up in my face over and over. That experience; It did does something to your psyche, it mentally messes you up. You got to understand that I'm already nervous, I'm already afraid, and unsure,I'm new to all this. I'm not used to speaking to people in public. This is a cold call and someone straight just gives you the riot act over the phone, I became one of those people who called you on the phone and try to sell you something during dinner; how annoying. It was so annoying Congress passed the law that you have your name taken off the list, don't call me list, no solicitors. That’s how annoying it was but I became one of them in my search to find someone for my network marketing business.

My intentions were good and honest, I was just looking for fresh un-approached lead, the advertisements said, “These people were interested in your type of business.” Little did I know it was a sucker move.

Anyway, so I'm searching on Google, looking for a way to find true leads. I come across this ad that says MyLeadSystemPRO. I'm like “What is MyLeadSystemPRO?” I click on it and it brings up a cool capture page and remember at the time, I had been trying to learn HTML. The capture page says, “Capture pages 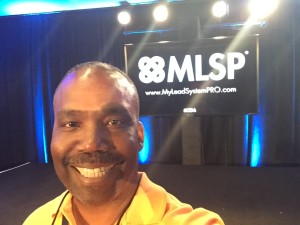 are prepared for you, already built for you, built ready to enter capture pages.” That was a selling point for me. I'm like, “What, I don't need to try to build a capture page from ground up, I can just use it and apply it.”

Autoresponder comes with this system, all right, “Wait a minute, hold on, hold up,” I had just discovered that people were using autoresponders. Remember this was way back in 2008 when this was kind of new to most marketers. This was still a new system. It hadn't reached the level of, everyone knows what's going on. In fact a month prior to discovering MyLeadSystemPRO, I had discovered an auto-system. I had subscribed to an auto-system. I had an auto-system, I didn't have a capture page, so I'm like, “Oh, I could put those two together.” In essence, my plan was coming to being because I knew what I needed, I just didn't have all the tools in one spot.

Well, this advertisement with MyLeadSystemPRO had all the tools, all the tools and even more so. It had the capture page. It had the integration of autoresponder. It had email messages that you could use for your autoresponder and it came with training. I was like, “What in the …” I'm all over it. That was the answer to my question, to my problem. At the time, back in 2008, they offered a $1, 15-day trial. I said, “You know what …” I couldn’t even afford it at that time but I did it. I'm like, “I'm taking it and I'm going to do this for 14 days and on day 15 I'm quitting.” Just to see what I can get a hold of. I marked my calendar, I'm like quitting on this day because I was done with believe in anybody or anything that made these outrageous claims. If it’s too good to be true, it wasn't.

I took the trial and I started looking in the back office and experiment and adding things and trying out the capture pages. I was like, “Oh my gosh, this is great.” Plugged it in, did something, I'm not sure, I did some type of advertisement and lo and behold, I got a lead. I was like “What, it worked!” I was so happy, made contact with that lead, talked to that person and that person joined me, became a member of MyLeadSystemPRO. I was like, “Oh my goodness, this thing works.” I was sold.

It's now 2016, I'm still a member of MyLeadSystemPRO because it solved my dilemma. It gave me the solutions that I was looking for. I'm still working full-time. I have three to five more years before I retire and I choose to retire, I don't want to just quit my job. I've put in 27 years, I want to finish at my optimum retirement 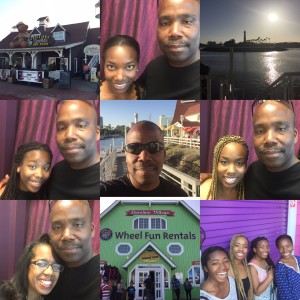 age, so I'll do that. But when I retire, my goal is to transition my home based business income to replace my full-time job income. That has always been my goal and that is still my goal. With MyLeadSystemPRO, it’s very reachable, it’s very attainable. That's my story. That's my path. That’s how I came to become a MyLeadSystemPRO subscriber, advocate and promoter, so what's your story?

If you are in marketing, if you have a home based business, if you're seeking to start something and make money at home, whether it’s part-time, whether it is full-time, whether you want to replace your job income or you're just getting out of college and starting off and you're excited and you don't know what you want to do, MyLeadSystemPRO is one component that you should have in your arsenal. It’s one tool that you can use. There are a ton of network marketing companies, affiliate marketing companies, Internet marketing companies that you can choose from, just make sure to choose something that's going to fit you and your personality and make sure that My Lead System Pro (MLSP) is apart of your journey.